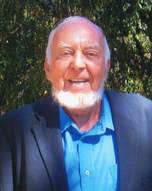 Dr. Jay Grimstead Founder/Director Coalition on Revival
Dr. Jay Grimstead is the founder and director of the Coalition on Revival. He was a personal friend and co-laborer with the late Dr. Francis Schaeffer in the International Council on Biblical Inerrancy and considers Dr. Schaeffer his mentor. Dr. Grimstead, a favorite of the young for his offbeat, rollicking sense of humor and fresh perspectives, worked for 20 years with the international youth organization Young Life. For many years since then, he has been a leading visionary and networker among Christian groups around the world.
Articles by the Director

​A Word From Our Director

On a Collision Course with the Forces of EvilAt this period of church history, the Body of Christ worldwide is again engaged in a deadly, collision course with the forces of evil. It is becoming increasingly clear that each nation on this planet is being presented with an “either-or” choice wherein there is no neutral middle-ground, no “demilitarized zone” and no “fence-sitting.”

In each nation, one side or the other must win and become the dominant force in society. We in the COR orbit believe that the overriding issue underlying all present battles in politics, law, economics, education, communications, ethics, religion and family life is this foundational question: “Which law-base will govern the nations of the world—a biblical one, or an anti-biblical one?” Those are our only two options, and those Christian leaders and followers who hope against hope that there is some neutral ground between those two options where it is philosophically and politically safe to hide, are living in a naive, fairy-tale world of wishful thinking. Such leaders cannot offer solutions to our present problems or guidance to a Church which has generally lost its way.

This “either-or” situation developed because the Christian civilization of the last several hundred years (built upon a complete system of truth with comprehensive answers to life’s problems) has, by its default, allowed an alternate, alien thought system to become dominant and to control most of the centers of power (such as the governments, the courts, the media, the educational system, and the economic powers). Thus, as Francis Schaeffer kept reminding us, one complete, systematic, secular/relativistic worldview is now fighting for the allegiance of all hearts against another complete, systematic, Christian/biblical worldview; and only one of them will dominate the future in each nation. Informed Christians also know that only the Christian worldview offers humanity the justice, peace, protection of human dignity, and promotion of order and prosperity which all humans hunger to have and which God desires to give them.

The alternate, secular worldview has no other option but to end in tyranny, deception, injustice, death for millions, poverty, and destruction, as this century’s history has proven over and over.

Those are our only two choices for the future. Wise Christians see this.


The Church's Inability to Meet the Present Challenge

We in the COR orbit are grateful to see many signs of awakening, renewal, repentance, unity, and mobilization within many sectors of the Church today. We take this as a definite move of God in history, to a degree He has not moved for more than 200 years. There are more capable, strong, godly leaders in every field now than we have seen in centuries; and more good things are happening than most of us can process thoroughly.

However, it is our conviction that even now, only a fraction of the members of the Body of Christ on earth are capable of fulfilling the Great Commission, waging biblical warfare, or fulfilling their personal destinies in the Body of Christ. It is our estimate that only about 10 percent of believers and a small minority of Christian leaders clearly understand the issues before us or have the courage to lose their lives, reputation, or security for Christ’s cause. Few are capable of joining organically and productively into a united local army of Christ composed of congregational “platoons.” Thus, it is our opinion, that the Body of Christ is a long way, in every nation, region, or city, from being able to unite and mobilize itself as the allied armies did in World War II and create a spiritual/theological “D-Day” to attack the forces of evil and advance the Kingdom of God on earth biblically and efficiently.

We believe our present generation of Christians worldwide is as weak as it is because it inherited from its fathers of the past five generations, sincere as they were, an inferior, less-than biblical Christianity. Each generation since 1830 passed on to the next generation what it thought was quality, biblical, Christianity, just as most pastors, leaders, and followers today think they are passing on to their children and students A+, top-quality, biblical Christianity. But that is not the case. The truly biblical, courageous, clear-thinking, socially-productive kind of Christianity which grew out of the Reformation—the kind developed and marvelously modeled by our Puritan and Pilgrim Fathers—began steadily to deteriorate and stagnate from about 1830 on. Today’s generic Christianity is substandard biblically and, we suspect, would embarrass the Apostle Paul, Augustine, Luther, Calvin, Wesley, Livingston, Spurgeon, or Warfield.

Since 1830 the following ten characteristics permeated and finally dominated almost every Christian church, denomination, school, and organization on the planet, even though most of them still believed in the Bible and orthodox Christianity and still loved Jesus personally in all sincerity. From around 1830 almost every church and denomination became:
We have reached another turning point in history. A New Reformation is being born. This is good news indeed. We expect this embryonic renewal to keep growing until it becomes a spiritual/social “avalanche, tidal wave, and forest fire” to impact every nation where Christians make it happen by the power of God and the winsomeness of truth.

While most Christian leaders over 45 seem to have made an unconscious commitment to the status quo and to “peace at any price,” the new crop of leaders in their 30’s and early 40’s stepping onto the battlefield are ready to fight the good fight until the end. And coming behind them is a magnificent corps of bright, courageous, well-trained men and women in their 20’s who probably have Satan and his demons quaking in their boots. Add to that the coming generation of beautiful, bright-eyed children and teens from the Christian-school and homeschool movements who seem quite eager for meaningful lives and meaningful battle. We older warriors get pumped full of adrenaline just thinking about the possibilities of future “world-changing."

One goal of COR is to help unite 10 percent of the Body of Christ as a” Gideon’s army” as well as to awaken, unify and mobilize the other 90 percent. In each nation thus awakened, Christians could advance the Kingdom of God on earth and indeed work together to make a better world and take it as far as we possibly can prior to Jesus’ return. Those who are in the COR orbit are committed to that kind of Christianity and that kind of civilization-changing goal, without always agreeing about how far we really can take it. Everyone in our orbit has the freedom to be a pre-, post-, or a-millennialist, or to be a Calvinist, Arminian, Charismatic, non-Charismatic, high-church or low-church person, and so on.

We Are At Your ServiceWith a deep humility before God and a heavy burden to see the Church awakened and revived, we offer resources to you warriors within the Body of Christ who also carry this same burden and who also want to rebuild our civilization upon the principles of God’s inerrant Word.

We are deeply committed to the visible, practical unity of the Body of Christ in every nation and in every local city or region, and we hope to help that dream become a reality. We are optimistic that Christians can reform their own nations within two generations if they have the courage to die for the cause of the Kingdom of God and to walk in deep humility, holiness, and wisdom.

We wish to work with all who are leaders in any capacity, and we invite all to work with us to systematically, energetically, and optimistically rebuild our entire civilization upon the principles of the inerrant Bible.
​
Dr. Jay Grimstead
Founding Director
Coalition on Revival